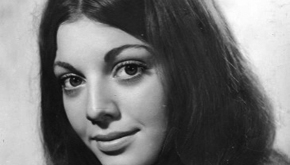 She was an entrant in the 1965 Miss Australia Quest. She was Miss Central Northern Suburbs. She was clearly the most beautiful woman in the damn pageant, but no one liked dagoes back then. Italian was NOT in. Despite Sofia Loren. Despite the 19-year-old Italian-Barbarella who would one day be my mother.

My mother’s beauty was always something I was proud of as a kid. Proud, in the depressingly defeated way, that only the overweight, spectacled child of a former Miss Central Northern Suburbs can be. I spent hours looking at her technicolour 1960s model-shots wondering how I had sprung from the same genetic well as her. Wondering what, exactly, my hippy-tastic mother had taken in 1970s that produced my “uniqueness”. Peace, love and weird kids.

One attribute of my Mother’s that never inspired jealousy from me however, was her ability to become wistful and emotive at the drop of a hat. Literally – if a hat were to drop my mother would swim instantly into lyricism about hats and memories, and what it means when dropping happens. It was, and is, mesmerizing to witness. As a kid, and as a teen especially, it was mortifying.

My Mother’s father was Italian. Pa, we called him. Pa’s family was from a little island off the coast of Sicily. One of the Aeolian islands called Salina, to be precise. For some reason which never seemed to warrant investigation, this meant my Mother’s family was Italian. Pa’s wife, my grandmother, was an Irish-as-they-come red-head, but the family seems clearly Italian. Our food is Italian. Our family rows are Italian. And our fables, are very very Italian. Not just Italian, but Aeolian. Not just Aeolian, but Salina-an … Salinian … Salinanian … from Salina!

From childhood, each of Pa’s children, and subsequently each of his grandchildren, have been aware of our family’s heritage and it’s ironclad bond with the island of Salina. My Mother is a living testament to the intensity of emotion felt in response to it. Just bring it up, or hint at that something that might be a gateway to a conversation about it, and it will begin: the misty eyes, the whimsical smile, the words, “Aahhh, Salina!” … and the aforementioned talent with the emotive comes barreling forth, embarrassing, impressive and cathartic, until you find yourself feeling inextricably linked to Salina too. Aahhh, Salina.

Until a couple of weeks ago I had never been to Salina. Pa took his children when they were young, and some of my cousins have managed the pilgrimage, but up until recently Salina was entirely fable to me. Because I’m the luckiest duck around I got to visit Salina with my partner AND my Uncle – my Mother’s brother. My Uncle is the sort of right-thinking fabulous that wore his kilt for the entirety of his last 2 weeks visit to Salina. On Salina he is now known in some circles as “Il tipo del kilt” – “the kilt guy”. When we met him in Rome to begin the journey by train and ferry and boat to Salina, my Uncle was carrying a bright red shopping bag – the type you buy from grocery stores if you’re a right-minded no-plastic kind of Uncle. I didn’t know what was in the bag but loved its jaunty shade of red. “Aahhh, Salina” I thought, “here we come!”

My Mother has one particular story that marries her capacity for emphatic dedication to Salina (where she will one day retire to write a novel) and her capacity to emote. The story revolves around a visit she made to Salina in 1986 with my father. She hadn’t seen the island since she was 16, and she tells the tale of seeing Salina come into sight as she stood at the helm of the boat on her way there. “And as I saw it come into sight” she’ll say, as she waves her hand in front of herself to demonstrate where the island would have been, “as I saw it come into sight, it was like this tiny piece of my heart that had never felt right in its place … it was like this tiny piece of my heart became a butterfly and flew out of my chest and straight to the island … part of my heart, that belongs nowhere but in Salina”. The last part is usually said with genuine tears shimmering in her lovely eyes as she reminisces … The story has always made me want to be sick. I’ve always found it over-the-top, over-emotional, and overly sentimental. The fact that it was and is true for my Mother never seemed to quell my embarrassment over her telling it. Miss Central Northern Suburbs or not, the story made me gag.

Knowing myself as I do, I am aware of the fact that I am only ever mortified by other people’s behavior when it closely resembles my own. With this knowledge in hand I found myself at the helm of a ship approaching Salina. I had waited for this moment with nervous anticipation for months. I had been quietly suspecting that I would burst into tears with the uncontrollable emotion of seeing the island and feeling I had found my people. I was almost looking forward to being overcome by tears at the sight of Salina. I had imagined my Mum’s pride, and my rightful mouth of humble pie as I told her that I had wept at the sight of it, just like she had.

I was flanked on one side by my partner, and on the other by my Uncle. They know my Mother’s “butterfly of my heart” story too. As the island came into sight I was surprised to find that my heart remained in place. Whilst the sight of Salina was beautiful, it didn’t turn me into a blubbering mess of emotion. I was actually secretly disappointed. I was honestly crestfallen that something didn’t click for me like it did for my Ma. But the truth was Salina was just an extremely beautiful place in the distance.

I don’t know if he sensed my disappointment, but my wonderful Uncle leant over and quietly said, as though he was talking to himself, that my Mother “wasn’t ACTUALLY Miss Central Northern Suburbs … She was a runner up!” A naughty schoolboy smile crept over his face. Then he did something truly wonderful … He reached into his jaunty red grocery bag and pulled out a framed, 8×10 photo of my Mother, and held it up in front of the approaching island. Now it was my Mother’s face starring back with the backdrop of her beloved Salina behind her. And just then, a little piece of my heart that doesn’t feel right anywhere else, broke free and flew to my Mother’s image in front of Salina … Aahhh, Salina!

All three of us teared up a bit. My partner, my Uncle, and me, starring at my Miss Australia Quest Mother. For the rest of the trip my Uncle toted that red bag around wherever we went. He would pull out that framed photo of my Mother at every opportunity, and every time he did I felt I belonged, wherever we were. In the end, the butterfly of my heart and I belonged on that boat, on Salina, on a ferry, on several trains, in the breakfast nook in our accommodation, at the Colosseum, at the Vatican, and in several random restaurants along the way. It doesn’t really matter what the location is, I am at home with the overly emotional, butterfly-hearted, kilt-wearing, framed-picture-carrying, Miss-Australia-Pageant-entering crazy people that are my family … Aahhh, my people!

6 comments on “My People”