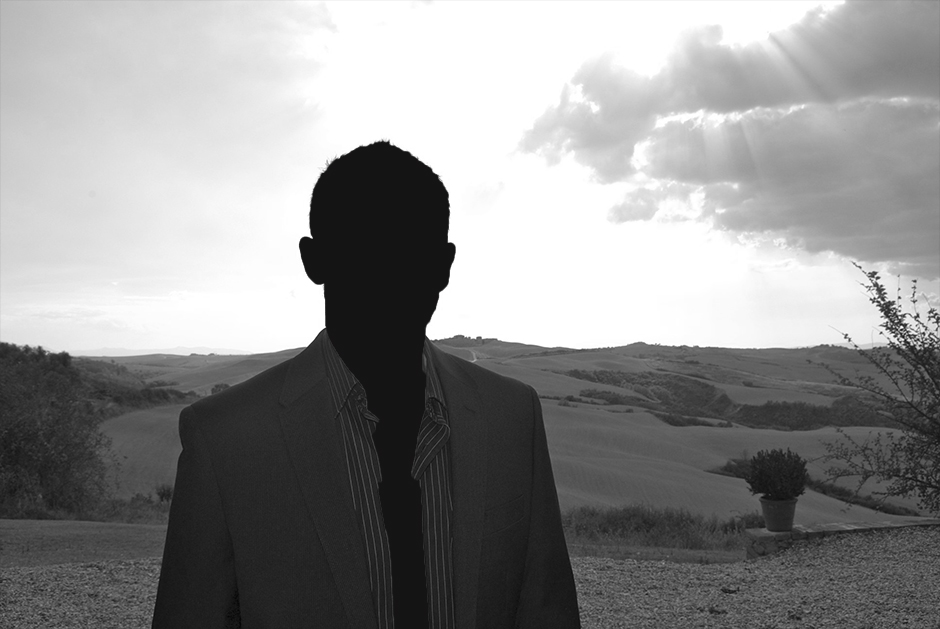 We were no more than 22 years of age when we sat, one Sunday morning, in a backyard in Newtown and had our first real conversation. I’d only known Justin for 24 hours and 23 of them were spent in a club, but I knew I liked him. He was the then boyfriend (later to become husband) of one my favorite people on earth.

Anyway, as the broad-minded 22-year-old that I was, I had recently decided I was going to increase my engagement with people by asking important questions. Very clever. In a casual, yes-I-am-this-deep sort of tone I asked Justin what he saw as his biggest challenge at the time. He reflected for a moment then smiled a wry but gentle smile. “Integrity” he said. At the time, I knew the dictionary definition of the word ‘integrity’ and could probably have recited it, but I had no understanding of what he meant. I nodded at Justin and did my best thinking-deeply face while I tried to wrap my mind around what he was getting at.

Incidentally, my biggest challenge at the time was knowing what on earth I was going to wear the following weekend. And as far as integrity went, in my book, if no one was watching then I didn’t do it. Very clever.

Justin explained about his efforts to instill integrity in his life while I admired the fact that he wasn’t noticing how little I understood. “Nice guy”, I thought, “I’m going to make him be my friend”. He ended his explanation with a couple of sentences that have stayed with me, despite my innate inability at the time to know what they meant. He said, “The thing is, integrity is something you either have, or you don’t. You know?” … I didn’t. He continued, “you can’t have it sometimes and not others, and you either have it in every aspect of your life or you don’t have it in any”.

I wondered, right then, whether his smarts extended to recognising that I wasn’t smart enough to be buddies.

My initial instinct that I liked him proved to be right. In fact I have hounded that man into more than 10 years of friendship. The thing about Justin is that he’s so damned unassuming. He never demands attention. I, on the other hand, have actually requested that friends of mine repeatedly enter rooms I’m not in and exclaim loudly that they “WISH GEORGIA WAS HERE!”. I’m not joking. I’ve made them promise to do it at parties I’m not at. And they have. Very clever.

Justin possesses the sort of deep-seated yogic qualities that you only find in mountain-dwelling Tibetan monks. Which would be fine, if he was boring. Or ugly. Or un-funny. Or vicious in any way. But he is none of those things. Damn him.

I remember once, a few years ago now, talking to Justin about a problem I had. The situation was that I had to tell another friend some important but uncomfortable piece of information. Worried about coming across as the bad, messenger guy I explained to Justin, “I just want to figure out the best way to say it – you know, so that they’re able to hear it without freaking out” … Justin’s response proved to be another piece of gold that would rattle around in my head for years to come. He said, “You just tell them. The truth doesn’t adjust itself to suit the hearer” … It was such a profound truth in itself, that it gave me a little headache behind my eyes and forced me to ask him what he thought of my dress.

He’s not perfect. Let’s get that straight. But the truth is, even his foibles make him more intrinsically likable. I remember discovering, about 6 months after we met that his middle name is Scott. Nothing wrong with that, but he HATES it. So, me being me, I proceeded to tease him mercilessly about it by stringing it together with his first name so it sounded like “Justin’s Got” and then affixing tormenting endings to it. Justin Scott Issues. Justin Scott Rabies. Justin Scott Cooties. Justin Scott Problems. And indeed he did, my friendship being foremost among them. Very clever.

However, because he is such a damned amazing human being, he refrained from punching me even once. He didn’t even bitch-slap me. He simply smiled patiently every time I did it and patted me on the back.

The fact that I’ve revealed his much-loathed middle name here, is proof enough that my friendship is something for this man to endure. I have spent years wonder why such a man would put up with me, apart from the fact that his wife and I are besties. But I know he sees something of value in our friendship otherwise he wouldn’t patronize me by being in it. That’s what he’s like. Disgustingly respectful.

I’ve wondered endlessly how I can tell him what a spectacular individual he is without somehow embarrassing him, or making him feel uncomfortable. Further to that, it has taken me more than a decade of life since that first conversation, to even begin to understand the meaning of integrity and to grasp why it’s something I might want in my life.

What I’d like to tell Justin is this: I don’t have integrity (I’ve only recently wised up enough to seek it). However, what I do have, and this makes me VERY proud, is the ability to recognize total integrity in you. Very clever. Furthermore, what my lack of integrity allows me to do is to let go of the need to spare you embarrassment. Yep, I can and just write about a person who would never be written about if he had his way. Because I’m not all integrity-laden. It also let’s me celebrate one of the only true things I know: Justin Scott Integrity.

He really f*ing does.

He’s got so much integrity that he’ll let me get away with this once I point out that, like pretty much everything else, I’ve made it about me. And he’ll forget all about it when I force him to answer the most important question: What on earth am I going to wear next weekend?