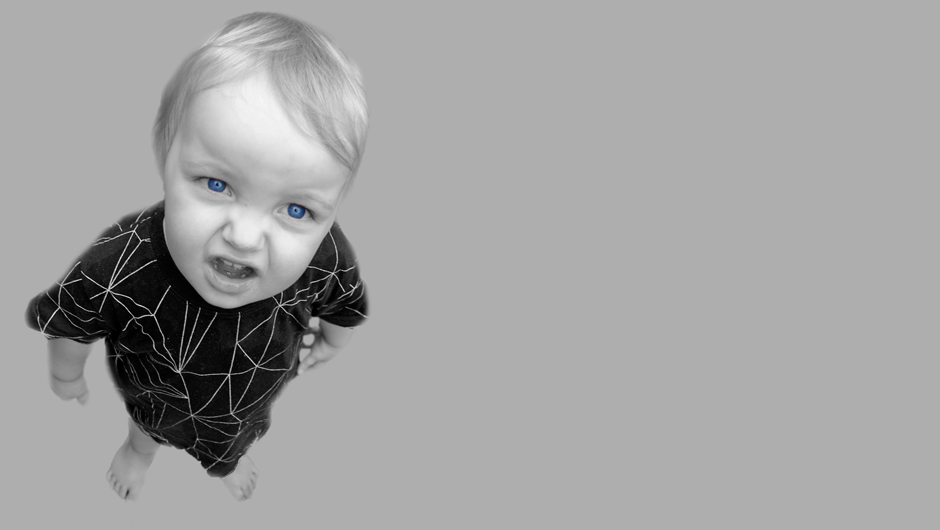 Sid knows stuff. All the important stuff anyway. Sid’s almost 4 now, and as far as I can see he’s pretty much figured everything out. Except perhaps for the occasional issue with discerning between his tiny briefs and the toilet. Siddy’s got the biggest blue eyes in the world and looks like an ad marketing a little boy. Siddy’s got cute covered. Siddy’s also a pretty serious kid, who knows what he knows and isn’t afraid to tell you. Siddy knows how things should be damn it. And if he sees stuff that isn’t as it should be (evil Mummy making him do things like eat and sleep and not live his whole life in the swimming pool for instance) then he certainly isn’t afraid to stand up and make some noise.

You see Sid stayed with me (Aunty Georgie) for a week recently. Sid’s Mum is one of the loves of my life, and she brought him to Singapore and we all got to kick it around town for 8 days. I’m not actually his aunty of course. I’m the sort of aunty where you get to your 10th birthday and realise that that crazy old b*tch isn’t related to either of your parents. In fact she’s no relation whatsoever, and you feel like you’ve been betrayed, and you can’t understand why you’ve been made to suffer her interminable harping on about your tantrums when there are no blood-ties. But that’s a harsh reality for later in his life, for now, if you ask Sid who I am, he’ll say “aunty Georgie!” and if you ask him if I’m the most fun aunty in the world he’ll say “Yeah!” … 8 days worth of response drilling well spent!

On his first day here Sid entered into that battle of wits know as the eternally repeated question, “why?” … Obviously, I was losing. Sid and I had entered the 15th minute of his enquiry into why, and I was stumped for answers. I kept thinking, ‘Geez, I don’t want to damage the poor kid with lies, he’ll grow up dysfunctional all because Aunty Georgie said babies come from the bottom of vodka bottles (not entirely untrue) or the sky is blue because it’s suffocating’. Sid repeated, “But whyyyy?” in a clearly impatient tone. I panicked and reached a mental dead end, “Gosh Siddy, you know what?” I sputtered, “I just don’t have the answer to that one mate” … and then of course, Sid paused, before asking why … “Well” I explained, “because I’m not that bright Sid. Aunty Georgie isn’t smart enough to know the answer!”

Sid’s Mum saw water welling in my defeated eyes and said, “Oh honey, you know, he’s a kid. I’ve realised you don’t do yourself any favours by being self-effacing. As far as he’s concerned there’s no question as to whether or not you know everything – you do – you’re a grown up. That sort of unbridled acceptance of everything you say ‘aint going to happen often. Ride it.”

Siddy’s Mum’s words of mummy-wisdom, flooded me with a new perspective. I immediately began answering all Sid’s questions with conviction like his. Whether I was telling the truth or spinning utter fantasy, I said it like I meant it. I made it sound gospel. It was fun. Lots of fun. Maybe he’d grow up and realise I was either a liar or an idiot (or both) but for now, reason had left the building and I was loving it. Imagination run riot. “Well Siddy, you see sometimes when dragons come alive in Singapore you can get them to pop over for a cup tea by doing a special interpretive dance”. Facts everywhere!

Hours later, I had just finished explaining to Sid the connection between taking baths and being a superhero, when suddenly I remembered all the stories from the adults when I was a kid … How Dad told me he helped build the Great Wall of China because he had been summoned by the Emperor on account of his knowledge of kilns and glazing techniques. How my Grandfather swore he could speak Czechoslovakian, but mysteriously lost the skill when confronted with a Czech friend of my Mother’s to talk to. How Pops had to go to Italy to save Rome from a 50-foot, kicking, spitting, swearing doll, even though he really wanted to stay home. How Siddy’s own Grandmother had explained to his Mum, when she was a little girl, that gigantic rabbit-like creatures roamed free in New Zealand … and then helped her little daughter put together a presentation about them for school.

Sid’s Mum and I had just absorbed everything the grownups said as truth. Of course we had both spent our teenage years unravelling fables and getting all angsty about it, “I can’t believe they were so cruel”, “I got up in front of the class”, and so on. But now, we are the Grown Ups.

It was then I realised, when faced with a person, no matter how short, who is willing to not only believe, but run with, whatever you tell them, it is nothing short of excellent! And it is basically your duty to be part of the cycle of adults fooling kids because they can. Because it’s fun. And no one else buys our bullshit.

Now, I actually do hope that Sid finds himself in front of a class full of 10-year-olds telling them my boloney as though it were fact. And I hope, like me, there’s a realisation when his 3rd grade teacher asks again, “are you suuuuure about that?” that Aunty Georgie was full of it.

Because the truth is folks, the lies of the grownups helped me no end in the longterm. They gave me a healthy dose of skepticism about authority, they enabled me to see the innate value of a good story that’s well told, and in the moments (both public and private) where I realised they weren’t true, those stories forced me to have a sense of humour about myself. That sense of humour now allows me to stop being insecure, and look young Sid right in the face while I lie as fantastically as possible to him.