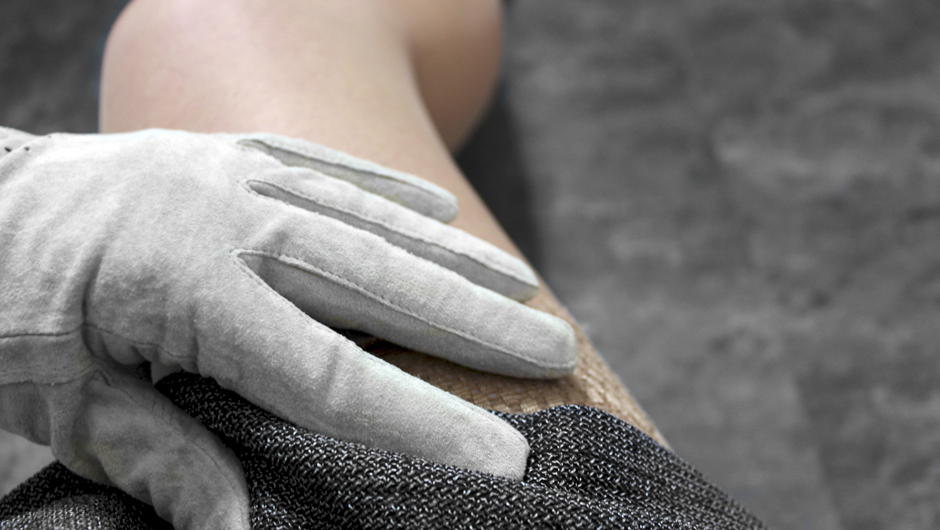 Every day they can be seen shuffling down the main street, arm in arm. The ladies! Two women who could be in their mid-eighties, but could also be one hundred. Always laughing and talking at top volume to each other. Yelling at each other over their inadequate hearing aids. Arm in arm. I don’t know where they’re going or who they are, but I love them and their fancy brooches. They absolutely make my day.

Each day they pass by the window of a cafe where I like to write. The distance from one side of the window to the other taking them about a century to traverse. Watching them pass is nothing short of pure excellence.

I enjoy imagining different names and situations for them each day. Elsie and Verna, both young nurses in the war who married soldiers and developed a taste for gin. Joan and Gretta, cousins who grew up like sisters in this very town, and saw each other through the deaths of everyone else around them. Gladys and April, two old lesbians who enjoy cross-stitching and making their peers uncomfortable. Florence and Beatrice, who met at the retirement home and can’t remember life without each other and their never-ending backgammon tournament.

Whatever their identities, they’re great to watch. Every day different sparkling brooches on display. Every outfit inclusive of a beautifully made, mid-calf-length skirt, and opaque pantyhose in a version of skin-colour that certainly isn’t theirs. Never slacks. These are ladies. You can’t image them wearing trousers no matter how hard you strain. It just wouldn’t happen. Both of them with that tightly-schooled poise that just stopped being made after the 1950s. Both of them with gloved hands. Both sets of shoulders stooped over in a substantial, yet elegantly curved, hunch. Tweedy jackets and smudgy lipstick. And all that laughing and chat. Always.

Yesterday as they made their slow crossing in front of the cafe I had just christened them Beryl and Kath. I was tossing up between endowing them with a history in synchronized swimming or women’s hockey, when suddenly one of them fell. Time stood still in that horrible way it does when something that shouldn’t happen goes ahead and happens. One of them (Mona or Betty or Ruth) tripped and seemed to fly up into the air in an awful contortion of time an limbs. It seemed that the whole world turned in that moment and saw her come crashing down on herself, and all the world felt the thud. All the world winced at the grotesque injustice of her fall. A lady, spilled.

In the cafe a gentleman latte-drinker and I rushed out onto the street to offer assistance. As we approached in the still-slow-motion of time, I saw her friend wobble helplessly next to her, without the strength to help her up. As I grew closer to them still I noticed where the collapsed woman’s tissue-paper skin had been torn on her shins, and the way her dress had managed to hitch itself up around her thigh, revealing her bone-coloured petticoat.

Lillian or Angela or Helen. With her bloodied legs and her underskirt aflutter. Her friend (Hilary or Vivienne or Glenda) feebly reaching down for her friend’s shaky hand. Unable to help.

As the cafe guy and I reached the tumbled lady her friend swooped in front of us and blocked our path. In one deft move, which looked as agile as if she were in her 20s, she shielded her toppled friend and pulled her skirt down to cover her petticoat … “NO ONE SAW, LOVE!” she yelled at her friend on the ground, “NO ONE SAW!” she reassured her as she moved back to let us through.

As the gentleman and I checked the lady over and he called for an ambulance to make sure nothing was seriously broken, the befallen lady just sat on the ground and nodded with watery eyes at her friend who said, over and over, “NO ONE SAW, VON – I PROMISE VON, NO ONE SAW!” at the top of her voice.

It was one of the most heroic gestures of friendship I’ve ever seen. It actually made me have to look away repeatedly as my eyes welled. Like a girl. In the end their names were Nancy and Yvonne (“Von and Nance”). But I kept thinking that these two women were still every woman I’d ever thought they were. They were hundreds more.

Kate and Deborah. Cecily and Renee. Kristen and Amy. Olivia and Jayme. Imara and Mary-anne. Beth and Babs and Leah and Jessica and Laura and Kath and Jade and Gemma and Roisin and Becca and Justine and Victoria and Mikhaila.

Keeping each other free from the mortification of revealed underwear.

The young kiddies might rush in and help to you up off the ground, but your best lady is going to be the person to make sure no one sees up your skirt. That’s how it is. 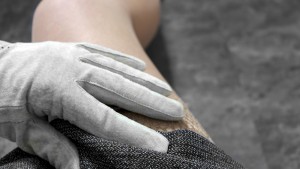