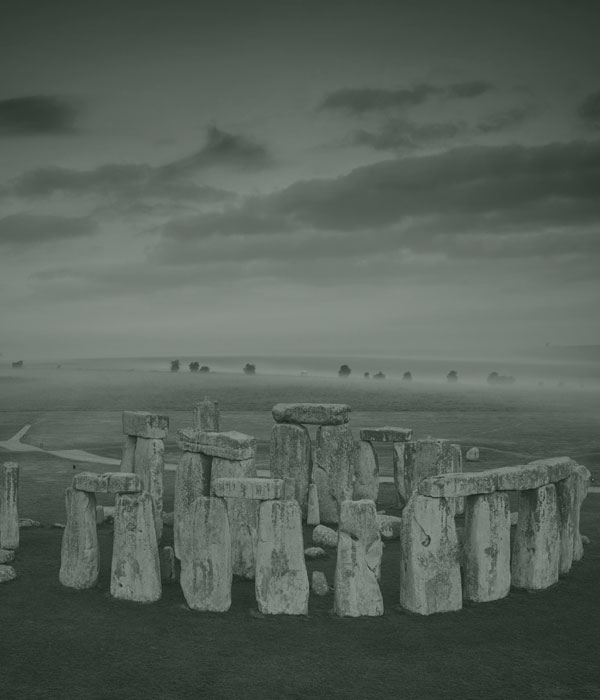 Stonehenge is one of those places that had always inspired from me, a definitive ‘Ow, I’d love to see it’. Just the mention of it roused images of ancient Druid devotion and an excited little lump in my throat that seems to arise whenever I’m dealing with any Alleged Magic. ‘Mmmm’, I’d think, ‘If I did believe in magic, I’d believe that it happened somewhere like that for sure! … If I believed in that sort of thing.’

No one is certain of the exact purpose of the Stonehenge construction, but it is thought that the ancient stone circle was constructed for the purposes of worship. What we do know is that the stones are aligned perfectly for the sunset of the winter solstice, and the sunrise of the summer solstice. Pretty neat really. Furthermore, the monument evolved in stages between 3000 and 1,600 BC and we just can’t figure out how they engineered that sort of thing way back then … Now if those facts, in and of themselves, don’t fill you with you with that exciting twinge of mystery, you may actually be in a coma.

Londoners had warned about the disappointment of the highway built up around it, and the encroaching industry of the place. Fair enough warning. But the fact is, as the car drew closer to the Wiltshire destination, I was undeniably excited. I had wanted to see this magical mystery thing for so long that I felt like a kid in an Enid Blyton book.

Here’s the point where I’m supposed to be disappointed. When I get out of the car and actually go and look at the big old rocks in a circle. But the thing is, I couldn’t have been less disappointed. Sure, it wasn’t the sort of magic I’d imagined, but what it was, was the magic of standing there and wondering at this megalithic monument … Standing there and being filled with wonder at what we humans have done in the history of our species, and then seeing in my mind’s eye another person standing there, maybe thousands of years before, in the exact same spot, and wondering at this thing and what humans can do, and then that person seeing someone else in their mind’s eye, standing exactly there and wondering … and so on … And each of the people that have stood there, for thousands of years has looked at those stones and thought ‘Wow! We’re pretty awesome!’

The thing is, I am so often underwhelmed by what people (myself included) construct. If for no other reason than that, Stonehenge is an absolute Must Visit. Because sometimes it’s nice to find yourself awestruck and impressed by what humans do. Stonehenge is like a monument to mortal magic – a structural ‘ta-da’. And it certainly made me want to applaud.