What the Fffff … Flying Saucer? 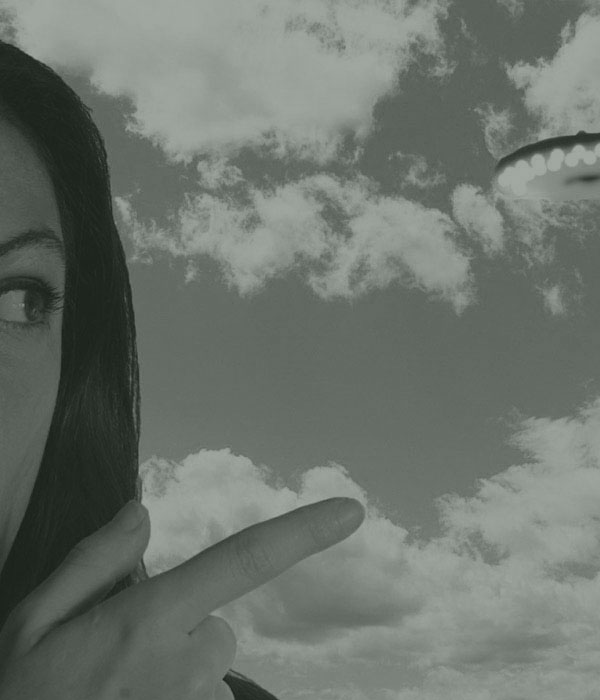 In late January NASA announced their plans for an “asteroid redirection”. Yes, just like a traffic cop might wave a white-gloved hand to steer motorists away from a road hazard, they’re going to redirect the path of a giant piece of space rubble … Pardon?

Last week, I could barely contain my pride when I worked out how to colour-code the folders on my desktop. I told everyone who came within earshot about my near-savant gifts with technology and the colour-wheel. Everyone.

There are a couple of ideas the team at NASA are working on to make the asteroid adjustment. One of which is a giant inflatable sling to catch the asteroid then fling it into lunar orbit. They are actually at a point in technology and know-how, where they can move not only mountains, but huge, hulking space boulders … Excuse me? Say what now?

Recently, in what I considered to be an ingenious employment of wit and fishing line, I staged a selfie with a flying saucer in the background. It took a whole afternoon and more than 1 stiff drink, but I think my 12 Twitter followers will agree, it was time very well spent.

Meanwhile, on the self same planet, others are working out systems to change the path of an asteroid … Er … huh?

Those kids over at MarsOne have a plan to colonise Mars that will see between 4 and 8 crew members landing on the red planet and settling in for the rest of their lives by 2025. That’s 10 years away, for those of you with a hint of time-dysmorphia. Ten. Years. Away.

What the actual fuck?

You know what I’ve done in the last 10 years? Gained some weight, some wrinkles, some credit-card debt, and a flourishing sense of irresponsibility. True, in that time I completed my university degree. But, to be clear, it was a Bachelor of Arts degree. And I majored in Performance Studies. And I needed autocorrect to help me spell the word “bachelor” just then. No ‘t’ in there apparently. Who knew?!

NASA knew, that’s who. MarsOne, and SpaceX, and Virgin Galactic, and Elon Musk knew. Because seriously, the people making this stuff go are Clever. That’s with a capitol ‘C’, friends!

They’ve landed probes on comets, they’re on their way to mining asteroids for resources, they’ve made holographic goggles that let you walk around on the actual-virtual surface of Mars. There’s a little outfit called Pocketqube who began with a Kickstarter crowd-fund campaign, and now provide low-cost DIY satellites to space enthusiasts all over the planet.

I have managed to get out of bed every morning this week. I have made a cup of coffee that was so good I uploaded pictures of it to Instagram. I have hit a malfunctioning television so hard it began to work again. For a while.

Basically, I am the human equivalent of that soon-to-be-redirected asteroid – mindless and hurtling through life. However (and this is something that makes me more pleased with myself than I can say) I have one, fabulous gift that that that rock doesn’t. Actually, I have two: The first is the capacity to understand, and marvel at the bright ingenuity of humankind in general (and those brilliant scientist of the Space Industry in particular). And the second, is the ability to change the folder I keep this document in, from blue to red. Any time I want.

Because those space boffins might be brilliant, but it’s comparing their achievements with mine that makes them truly a thing of wonder. And I like to think of that, as me playing my part in the advancement of interplanetary exploration … So, you’re welcome, NASA.