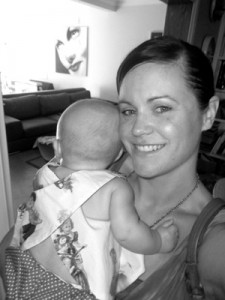 After surviving Newtown High School of the Performing Arts, Kristen landed a junior editors gig and moved through advertising to film and then television. Singing is her passion. She now writes and produces kids tv and is never short of a fart joke. Recently, she made a baby.

Last thing you learned:
Work doesn’t suit me. I should spend every Monday morning swimming in the sea followed by a coffee and a good long stare.
The best thing youʼve learned:
Motherhood has taught me slow down and live in the moment. And sometimes that moment in voles being elbow deep in baby spew.
The thing you canʼt seem to learn:
Roundabouts. I always panic and can’t remember which side to give way to. I have been driving for 14 years. 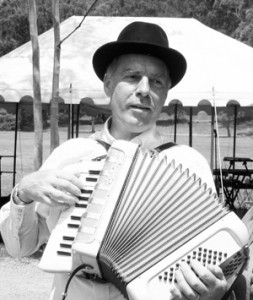 Works at the State Records NSW office in the Rocks, Sydney, in the public reading room and lives in the house at Malabar built in 1951 by his maternal grandparents and occupied by his beloved Aunty Kathy until 1992. Since Fabian has taken a mortgage on the house, Aunty’s immaculate lawn has been replaced by trees, shrubs and three fishponds. Beckoning him to learn them is a set of Sicilian bagpipes, an Indian harmonium and a yodeling CD, but where can he find the time?

Last thing you learned:
Navigating the new Pixel NSW land titles electronic system for finding maps, titles and land information.
The best thing youʼve learned:
The Italian language.
The thing you canʼt seem to learn:
To ignore the pesky frog sounds at night from my garden. 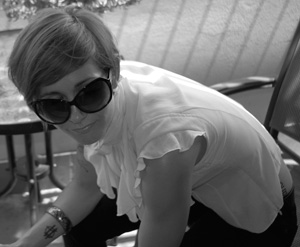 I have been living in Sydney’s Inner West for the last 11 years – I have been using writing as a creative outlet for the past 13 years. I love that 11 and 13 are both odd numbers. I like odd numbers.

Last thing you learned:
It doesn’t matter what you do. As long as it makes you happy.
The best thing you’ve learned:
Probably the last thing I learned.
The thing you can’t seem to learn:
If it ain’t broke, don’t fix it. (In specific relation to my computer). 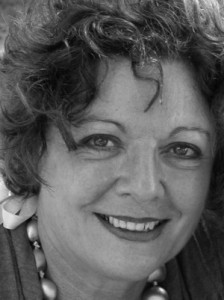 The last thing you learned:
Chooks can get out of the best built chook pens, eat your home grown rocket and shit on the carpet in your sleepout.
The best thing youʼve learned:
You really are the product of where you came from; oh, and family recipes from Nonna via Mum, music lessons from Sister Theresa, elocution lessons with Mrs Gouldie and deportment lessons at June Daly-Watkins;
The thing you canʼt seem to learn:
how to say ‘no’ to my deserving children; how to console my husband and how to power walk without falling over the dog’s lead. 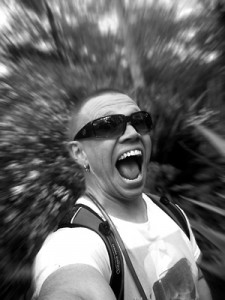 Chris Daughtry is the by-day alter-ego of Natureboy… Or is it the other way around?! As one is the other, no one can tell for certain. But one thing we can tell you is that his is a mind that derives, deconstructs, designs and delights like a maestro. Whatever guise he’s operating under, you can guarantee that once he’s done with it, it’ll work better, look slicker AND do way more cooler stuff than you ever thought possible.

Occupation:
Independent collector of universal curiosities. (also a software engineer and freelance desktop publisher/designer)
The last thing you learned:
About a small group of lizards on a remote island off the coast of Croatia that were migrated by biologists in 1971 to a neigbouring island where there were previously no lizards, but an abundance of food. They left the lizards to their own devices and returned to see them in 2004. What they were surprised to find was that even in the 33 short years that they had been separated from their ancestors, there had been a definite evolutionary change in the internal and external structure of the lizards due to the altered and abundant food supply. The DNA was checked of lizards on both islands, and they were found to be genetically identical, but with different features. Head shape had changed, bite force had increased and they had developed out of nowhere in their stomachs new valves for digesting the more abundant plant material. For anybody that doubts evolution as a process, this is surely a compelling piece of evidence… And a thing of wonder…
The best thing youʼve learned:
That there is always more to learn… It’s what I don’t know that drives me!
The thing you canʼt seem to learn:
There’s nothing you can’t learn through either somebody who knows or for yourself. Having said that, the one thing I can’t seem to learn is to have a business focused mind… I’m sure I could learn it if I really had the drive to, but I don’t really care for money or power trips, so keeping any kind of business would be impossible for me. 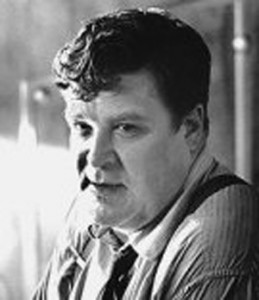 Occupation:
George has numerous occupations – in this case, Celebrating People.

The last thing you learned:
Tasmania officially has the cleanest air in the world.
The best thing youʼve learned:
How to make dolmades.
The thing you canʼt seem to learn:
Not to wait for nostalgia to kick in to appreciate something. 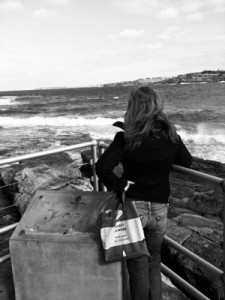 According to the tax department I am a teacher and a freelance writer. I prefer to think of it as chatting and taking notes.

The last thing you learned:
How to resize pictures online.
The best thing youʼve learned:
Patience, although I forget it regularly and have to relearn it.
The thing you canʼt seem to learn:
How to dive properly. I am a chronic belly flopper but I live in hope. 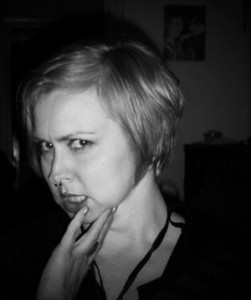 The last thing you learned:
There is no antonym for procrastination.
The best thing you’ve learned:
The human capacity for love is a constant surprise.
The thing you can’t seem to learn:
Patience. Why won’t it hurry up and fall into my lap? Come on, I’ve been waiting so long; I’ve been so…oh. 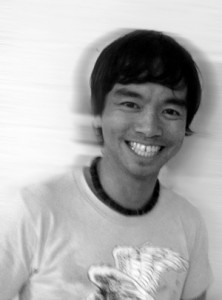 Name: They say the body changes cells every seven years and you’re a completely new person in that time. I do the same things with names and my work clearance forms can attest to this. Right now, I’m liking the stature which Constantine brings. I have also gone by Darcy and also respond to various expletives describing the human anatomy.

Occupation:
Presently employed as a ‘government contractor’ which could translate to being a hitman or secret agent, for all you know?

Starry-eyed and idealistic about saving the environment after finishing school but soon became disillusioned from working in the field. On a mission now to break free from shackles of the government tag and devising a plan to enrich the lives of poor people in Africa, one community at a time.

The last thing you learned:
Today (New Year’s Day) was a fantastic day for learning. Went to a couple of bbqs and learnt that: the Arnotts website has a recipe for good cheesecake and ricotta cheese with a bit of sour cream is an excellent and less fattening substitute for Philly cheese…. Dolph Lundgren, the man who brought you universal soldier actually has an IQ of 160 and that there is, in fact a difference between a muslin wrap and a bunny blanket. I know, whoa, right?
The best thing you’ve learned:
I-O-Us do not exist between good friends because what goes around comes around. It’s true.
The thing you can’t seem to learn:
I dread Christmas and birthday- not that I’m a selfish humbug (for the most part), I cant wrap presents. Ps. if anyone is looking for a present for me, I’d like shares in gift bags, please. 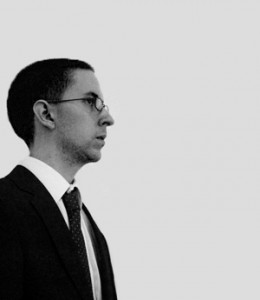 The success of suggestion, the stretching of surrealism and the strangling of the soul.
A twenty-six year old Northerner with almost a decade of London under his belt and interested in most things.

The last thing you learned:
That I prefer transparent vases, so I can see the dirt and roots of a plant.
The best thing you’ve learned:
To be clear, at all costs.
The thing you can’t seem to learn:
How to be truly happy, or perhaps being happy is undesirable and inappropriate? 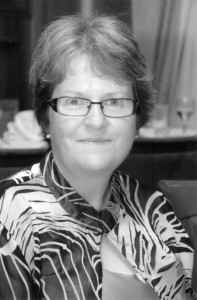 Occupation:
Author/Photographer/Journalist/Editor/Proofreader/Calligrapher and possibly a lot more if I really think about it.

Originates from a sheep station in South Australia.  Am passionate about the outback of this wonderful nation and will do (almost) anything to help those people.  Also passionate about writing so am combining the two for my current project, a book on the stations of Australia.

The last thing I learned:
That we are about to move house and I have to have eye surgery shortly.  Note to self:  find a life.
The best thing I’ve learned:
How to have books published.  Has opened up a wonderful new world.
The thing I can’t seem to learn:
How to cook.  Or maybe it’s lack of interest.  If someone else can do it for me, go for it!!! 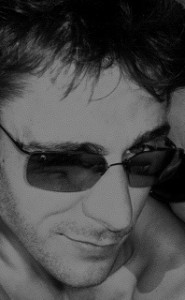 I have worked in restaurants most of my life, as a chef for 8 years and front of house in between. Before that I danced, ballet, street jazz, for 7 years I was addicted. I did a course in patisserie at Le Cordon Bleu a few years ago and, though it was a great course, I realised that 60-70 hours a week in a hot room with no windows isn’t what I desire for my future. Now I just completed an access course to go on to do a BA in psychology and linguistics next year (after traveling in Peru for 4 months.) I love poetry, yoga, the beauty of people’s diversity and calm, peaceful, expansive mind states interspersed with bursts of chaos and hedonism.

The last thing I learned:
To build a shelter from logs, branches, fern leaves and leaf litter, make fire with a flint and to cook a pretty damn tasty stew using vegetables, pine needles and rain water.
The best thing I’ve learned:
Happiness is a choice, not a goal.
The thing I can’t seem to learn:
Not to leave things to the very last minute! 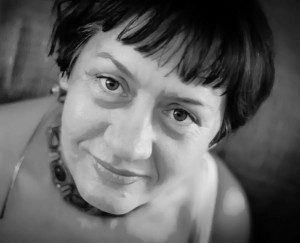 Sandra has written over a dozen plays and three books of poetry. She is greatly inspired by her beloved town, Darwin, in terms of its rich history, its cultural diversity, its crocodiles and crazy weather. Extinctions is her latest book of poetry (Press Press) and her most recent play is The Lion Tamer which is currently in pre-production for a May 2013 season. 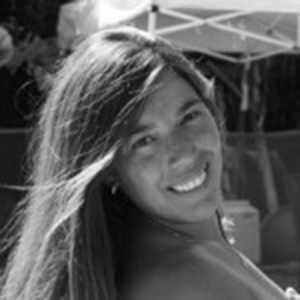 Occupation:
Marcela is a professional freelance writer from Los Angeles who specializes in social networking and literature. She has traveled all over the world working with GuestDoor.com and has learned a great deal about different cultures and languages through books

The last thing I learned:
Never, ever take people you love for granted. Not even for a minute or a day. Any moment can be the last time you see them. Don’t waste time enjoying the people you love!
The best thing I learned:
Acceptance. Not everyone is perfect, not every situation is perfect. Accepting the people and situations in your life and making the best of them can transform difficult situations into joyful ones!
The thing I can’t seem to learn:
Balance. I still seem to swing from one extreme to another, and as hard as I try, balance is that elusive trait that I simply cannot seem to learn. Maybe one day!