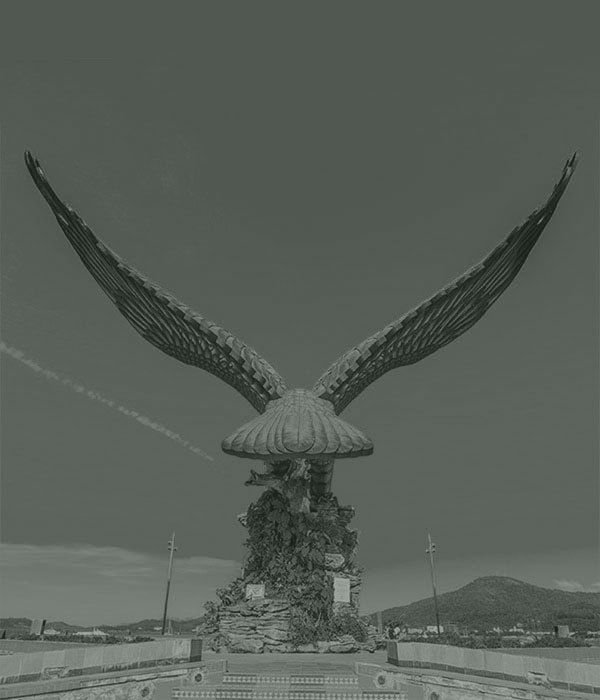 There’s a long running urban myth about a group of professional, partner-having, gym-going, hobby-pursuing, commitment-laden women friends. In this legend these lady friends finally come good on years of talking about going on a trip together. They clear their calendars for a week and they meet on a little island to sip cocktails, lay in the sun and partake in a cultural adventure or two between massages. This is a myth, of course.

I’ve never been one to believe in myths and legends. I’m a skeptic. I’ve always thought that was a healthy way to be. Besides, my two girlfriends and I had talked about our tropical island dream far too many times for it to ever become reality.

Langkawi is an archipelago of 104 islands sprinkled along the northwestern coast of Peninsular Malaysia. These tropical islands are the site where the Straits of Malacca shake hands with the Andaman Seas. Langkawi island is as steeped in local legends and myths as the atoll is drenched in sunlight. For every natural phenomenon of the land and sea there is a tale of otherworldly explanation.

A feuding family quarreled in a kitchen, over the betrothal of their youngest members. Pots were thrown, gravy was spilled, and gods were angered. The main port of Langkawi is also the main town, and its name, Kuah means ‘gravy’ in Old Malay. After a few hours there one is inclined to agree that it has a brownish tinge and is the unattractive condiment that goes with a good roast: Necessary, but not appealing. Where the fighters threw jugs of hot water however, is a site called Air Panas (meaning literally ‘hot water’). And this spot is, of course, a delightful little hot spring.

About 12 kilometers west of Kuah is Makam Mahsuri (‘Mahsuri’s Mausoleum’). This is the burial site for a beautiful young woman who was wrongfully accused of adultery by a nasty tart who lived down the road. Not to be outdone by the modern soap opera, Mahsuri was put to death (by way of ‘piercing’ the museum tells us) and legend has it that she cursed the island for seven generations before she died. She also bled white blood just to prove her innocence, which is why the sand on Langkawi’s beaches is so white. Clever girl. It is possible to imagine that the curse she left was one of postcard worthy scenery, fabulous diving and snorkeling opportunities, ridiculously cheap traditional massages, and island-wide duty free shopping. Just a guess though.

It has to be said, when the dream of meeting your lady friends on a tropical island like Langkawi comes true, it tends to make a believer out of the most hardened rationalist. As we dipped our toes in the refreshingly crisp water of the Seven Wells waterfall in the island’s north-west, I forgot that I don’t believe in fairies and found myself turning to one of my girlfriends and saying “The legend about this place must be true … of course fairy folk would come here to bathe and frolic. Where else would they go?” It all made perfect sense. And as only a lady would do, my friend nodded earnestly in agreement.